As I watched, her face drew up into a scowl. You would have thought I had told her you need to eat brussel sprouts (not that there’s anything wrong with them when cooked properly.

That was not the case at all. I had simply told Jane that she needed to budget.

“Why do I need a budget?” She persisted.

I smiled, “It’s more than you need a budget, you need TO BUDGET.” At this, she shook her head, saying, “I don’t understand.”

So,  I looked at her again and said, “Yes, there is a thing called a budget, and that is part of the problem. So many people think of a budget as this thing that is prepared and sits in a notebook and is set in stone forever…That’s just one mistake. But for now, let’s focus on what I mean by ‘budget.’”

I began, “Let’s start with the understanding that for me the word “budget” is a verb, we budget. While it is a ‘plan’ that we have, it is really so much more. For me, there are six key actions that we are doing when we budget.”

Jane’s scowl faded, her face softened as she said, “Can you tell me more?” In reply, I nodded and took a piece of paper and down the left-hand margin I wrote:

B – Being mindful (Growing in Awareness)

U – Using our power (Controlling)

G – Getting ready for “surprises’ (Preparing)

E – Emancipating ourselves and our families (Freeing)

T – Talking with spouse or significant other

Jane shifted in her seat, “Tell me more,” she insisted. So, I did.

“There came a time in my life when I realized that more often than not, there was more month than I had money for, that bills were being paid late, and sometimes not at all. So, for me the road to budgeting began with the rising awareness that things were broken,

and that I/we needed to do something about it.

I was one of those people who got $20’d to death. You know – I’d fool myself into thinking that $20 wasn’t much, so going and taking a $20 out of the ATM “every once in a while” should be a problem. The problem is just like Lays Potato Chips – You can’t have just one. There were other similar things like “Dunkin on Debit” and “Vacation on Visa.” The problem was, I was also very bad at recording my transactions – like maybe once a week or once every other week – as long as I had a positive balance, I wasn’t concerned much. Then, when I finally realized I was a mess, I started by writing down every purchase whether check, card or cash…and I didn’t like what I saw. I became aware that my spending was out of control and that something needed to change.”

Jane shook her head as if to say, “I’m not quite sure.”

If I don’t know what I have, how do I know where it’s going or what I need it to do? Another name for cash is ‘currency,’  like the word current, money flows. The question is where? So first, we needed to see where and then pay attention to where it was headed.”

I asked Jane, “How do farmers water their fields?”

“Good! How about the Romans, how did they get water places?”

Smiling brightly, like a star pupil might, she said, “Aqueducts!” Now she was sitting at the edge of her chair.

“Now, what do both of these have in common?” I pried, squinting my eyes, as if trying to force her to read my mind.

She nearly jumped out of her seat as she said, “They both take water to places on purpose.”

“And so it is, when we budget. Our income is the reservoir. By using our power, we exercise control over the money by telling it where to go, by giving every dollar a job. Not one drop, not one dollar is left without an assignment. Not one. When that happens, our money is used most effectively…and for the most benefit.”

Jane’s smile slid into a question mark. “Yes, but, how do we know where to send the money?”

Determining a Course of Action

“I’m so glad you asked that question,” I said, seizing on the opportunity.

“That’s where the plan comes in…that is the budget itself. In our budget meeting, more on that later, we look at our normal living expenses: giving, housing, utilities, food, transportation, debts, etc.

We come to an agreement on how much each category will get for funding. Normally

when the money runs out for that category, it runs out. There are certain categories where that number may be fixed (mortgage), and there may be others that vary depending on the month/season (electricity, heat, taxes). But we try very hard to make sure that we plan according to our anticipated needs.

The budget takes the reservoir of money, identifies the areas that it needs to go and sends it there.”

The key is that, once we agree on a course of action, we also agree to stick to that course of action. Part of that is circling back to our being mindful and recording each transaction on the day that it occurs so that we are always aware of where we are!

Jane nodded in understanding, and then a slight smile sneaked up one side of her face as she folded her arms. “But,” she queried, “what about those things that you don’t expect?”

Getting Ready for the Unexpected

“Oh,” I grinned, “you mean like the flat tire or the broken washing machine?”

“Well, in that case,” I continued, “It’s like the old advertisement for Prego™ Sauce It’s in there.”

“What do you mean?” Jane asked skeptically.

I then asked, “Do you have a spare tire in your car? And a jack? Most people check those things when they buy a car.”

“Part of the planning is preparation, making sure that we have certain eventualities covered. We do that in two ways at home, with an emergency fund and with sinking funds – so that we don’t have to ruin our budget or go in debt to cover them.  That way, what for some might be a catastrophe becomes a relatively minor inconvenience.”

Tipping her head to one side, Jane suggested, “Kind of like a rainy-day fund?

“Very much like a rainy-day fund because that’s exactly what it is,” I confirmed.

“Wow!” Jane exclaimed, “How liberating that must be!”

“It was wonderful not to have to worry when we had a few unexpected medical bills,” I smiled, “or when the muffler fell off the car. I didn’t need a credit card, nor did I have to worry about eating beans and rice for two months.”

Jane looked crestfallen. “That’s just it. We keep having runs of bad luck and can’t seem to get beyond them.”

Reassuring her, I said, “This freedom, doesn’t come overnight.” Rather, it takes time and discipline. Sometimes it takes the help of someone who has been through the trenches him or herself. Here are some of the freedoms budgeting brings.”

I went on to say, “There are so many more ways that we are free that we cannot even think of.”

A tear formed in the corner of Jane’s right eye and trickled slowly down her cheek. “Where do we begin?” she stammered.

gotten sick and tired of being broke and tired. So, we sit and we share honestly how we are feeling, what we are seeing, and what seems to be the trouble…and sometimes we may not know exactly what that trouble is. That’s ok too, but it’s a start.”

I paused for a moment…

“Jane…did you notice any change in the way I was saying things in this conversation?”

She shook her head, “No, it seemed like you knew what you were saying and stuff like that.”

“No, there was a change that is important for you to see.”

“What’s that? She asked.

“When I was talking about the money problems, ‘I’ was in the center – and the subject of the sentence was ‘I.'”

Again I smiled. “Neither did I when it was all about me. But when things started going right, it was because ‘we’ were involved and committed!”

“And so we begin to work together. As we progress and start budgeting, we commit to regular monthly budget meetings…yes, that’s right – my wife and I have at least one business meeting, sometimes more, each month. We discuss first what’s coming in and what the regular expenses are. She tells me some of the things I wouldn’t have thought of, and sometimes we have to say, ‘Wait a minute; we’re going to have to readjust.” In the end it seems to work out OK because we have been open and honest about it with each other.”

“Another person with whom folks choose to communicate is a Financial Coach who can help them figure out the process and can also be the bridge that facilitates communication.”

“But what about single people?” Jane inquired.

“Budgeting and communication about the budget are important for single people too! For the single person, perhaps, the Coach also doubles as the accountability partner in the process. I’ve seen that more gets worked out in the budget by talking than by merely crunching numbers…As I wrote in an article last week, there are a number of factors why people don’t budget many tied to feelings and experiences of the past. So, in talking through the budget the other issues get worked out too!”

Budgeting is an On-Going Process

“The budget isn’t done once its on paper. In fact, to date myself – it’s as the Carpenters once sang, We’ve only just begun. The first budget rarely works out 100%. In fact, the first

few don’t come close sometimes. Life happens, and so we have to adjust our plans. Nearly every budget needs some tweaking along the way. That’s why on-going communication is so important.”

As we watch our budget unfold, we need to be mindful of how things are going. If things are taking a left turn, we call a budget meeting, and we use power over our money together. While it is true that we had a plan, we may need to determine a new course of action (or adjust the budgeted amount in a given area moving forward). As we save for emergencies and other things we will get ready for them. In so doing we continue to emancipate ourselves from the troubles that poor financial management and emergencies bring. The success of the whole thing rests in talking it over with someone we love and trust.

One small problem can bring big consequences. Start budgeting today. Don’t know how? Ask me, I’m a coach, and I’d be happy to show you the way! Success is right around the corner!

If you long for financial freedom and are not sure where to turn or what to do next, or maybe you have an experience in this area you’d like to share, either way, leave a note for me in the comment box below. I’d love to chat with you! 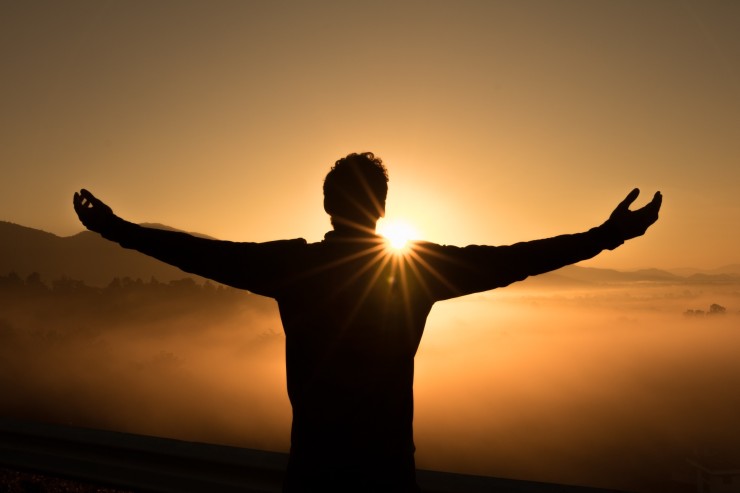 This site uses Akismet to reduce spam. Learn how your comment data is processed.

My Most Recent Posts